«Emmy nominated for his work on HBO’s Rome, MPC’s Gary Brozenich has worked with Gore Verbinski on The Lone Ranger and Pirates of the Caribbean: On Stranger Tides. His pick – a ground-breaking piece of ILM work – features in another Verbinski blockbuster.

«The moment when you meet Davy Jones in extreme close-up (in Pirates Of The Caribbean: Dead Man’s Chest), saying, “Do you fear death?”, just blew me away. And every shot after that got better and better. It wasn’t just the photo-realism, it was the combination of creature design, the strong character delivered by Bill Nighy and the finished polish that was unprecendented. It’s not just the visual effects, it’s the cool character design by (conceptual designer) Crash McCreery, Gore Verbinski and that team, the performance by Bill Nighy and ILM’s mo-cap technology, which was revolutionary at the time. Davy Jones has this muffled voice because he doesn’t have a nose, and the way he cocks his head to put his pipe in his mouth to avoid the tentacles is just brilliant. They were doing all this in difficult conditions, on ships and confined spaces, so technically it was pretty amazing. In fact, to this day I can’t think of another character that comes across as well as he does. They threw all caution to the wind and made it work. He’s great from the ground up.»

After 16 years at Rhythm & Hues culminating in an Oscar win for the groundbreaking VFX work of Life Of Pi, Dutchman Erik De Boer is now busy on dystopian sci-fi Maze Runner at Method Studios’ Vancouver office.

«I grew up in Holland far away from cinemas and it was only when I moved to London at the end of the ’80s that I started going to the movies. I first remember being blown away by the pseudopod watching The Abyss, I think it was in Leicester Square, and suddenly realising what a cool, exciting industry it was that I was about to enter. The integration with live-action, the scanning of the actors’ faces – I was working with the same software, Alias, so I knew how they did it – and the fact that there was physical connection between Elizabeth Mastrantonio and the character were all breathtaking. She sticks her finger into that character and tastes it! You can’t really get a more physical connection than that. That whole production blew me away, from the fact that they filmed and lit it underwater to those stories of suffering on set. Even silly stuff that you rarely think about, like these black beads that they put on the water to keep the light out, because they couldn’t use a tarpaulin on the surface in case someone needed to surface. It was mind-blowing to realise what lengths people went to just to get a shot.»

Nominee for this year’s First Women award, and in 2012, the only female VFX supervisor to make it to the Academy’s short list for Best Visual Effects, Sue Rowe is a ten-year veteran of the effects industry. She has lent her on-set expertise as VFX supervisor on The Golden Compass, John Carter, X-Men 3: The Last Stand and Troy.

«As a teenager I was fascinated with stop-frame animation, especially Harryhausen’s skeleton army, but the biggest influence on me was The Abyss. I remember watching it on my parents’ 14″ TV back in Wales, and it was one of the first pieces of computer animation I’d ever seen. It was like watching something impossible being created on screen in a way that looked photoreal. ILM created CG water that transformed into a female face, and the moment its surface is touched, the magic is broken and the water splashes to the ground. A perfect combination of VFX, good editing and practical effects. A few years later I put myself through university for my master’s degree in computer animation and the path was set. I’m proud to be a part of visual effects. Life on film set is a privilege. I work with a range of talented people – directors, animators and producers – and every day is different. Some days I sit in a dark room animating aliens; other days I am out on set and blowing shit up. Good times.» 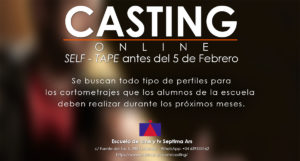 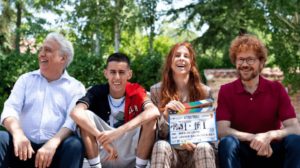